Healthy Bentos of the Week: First Week of School 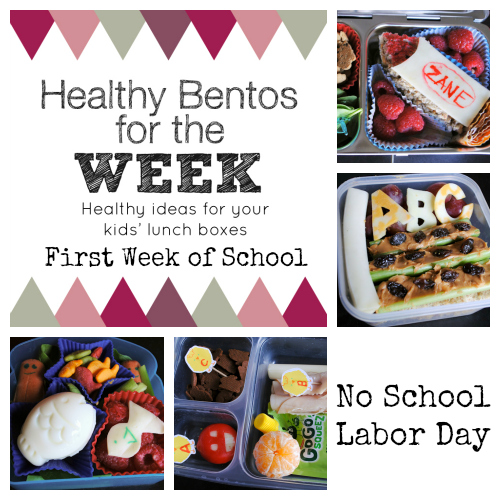 This is the first week of first grade for Zane! It was an amazing week! We were both excited about him having to actually eat lunch at school!

I attempted to make all of these lunches on the weekend so they were just ready to pull out. They all turned out great so any of these are great for weeks you want to plan ahead. 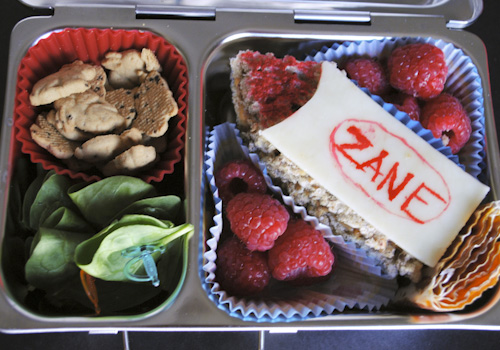 I used our awesome planet box for the first day! I created a colored pencil peanut butter sandwich, used a slice of cheese for the wrapper, and decorated it with food markers. I used a strip of Matt’s Munchies to create an eraser. Zane specifically asked for spinach for his veggie this week! So I skewered some leaves on swords. I also got Zane raspberries and Annie’s Bunny cookies for the week. 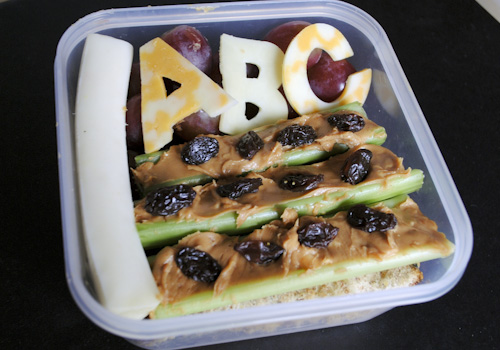 I call this bento Ants at School. I put a half peanut butter and jam sandwich below the celery to keep them from moving. I then filled the celery with peanut butter and placed the ants in their seats. I placed the ABC’s that were cut out of cheese on a pile of grapes. I still had room so I added a cheese stick to make sure nothing moved. 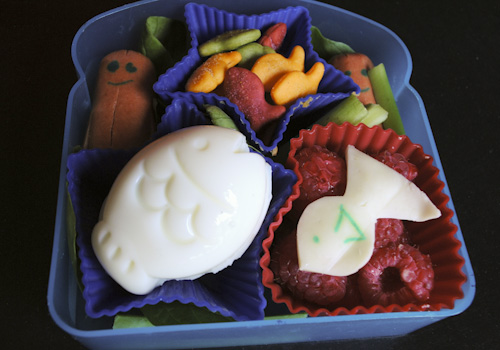 This days bento was called School of Fish. I created hot dog octopi and filled in around them with spinach and thinly sliced celery. I added raspberries with a fish I cut out by hand, gold fish and an boiled egg that I shaped into a fish with an Egg Mold 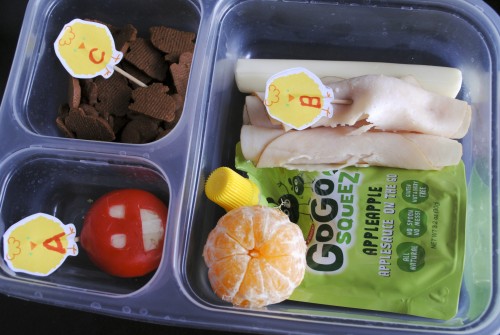 For the last day I went simple. I used a ziploc divided container. I did meat roll ups, string cheese, babybel cheese, GoGo Squeez pouch, mandarin, and Chocolate Annie Cookies. I just realize I packed two kinds of cheese, but oh well. I think I was getting tired by the time I packed this one.

Zane ate all of his food every day and didn’t even want a snack when he got home, so I think I did good. I was afraid he might socialize too much and not eat his lunch, but he ate absolutely everything in his lunches.

What was in your kids lunches this week? 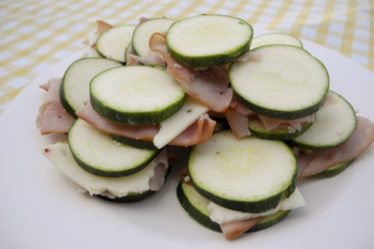 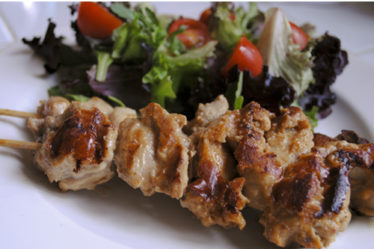 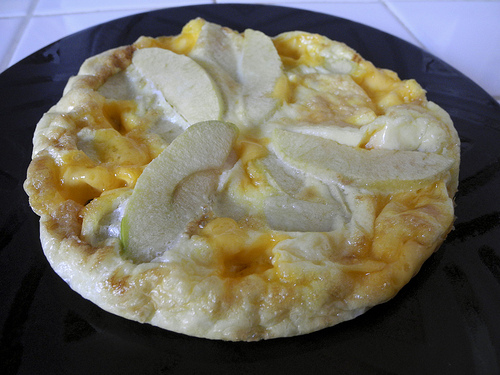