We had a wonderful Labor Day weekend and one of the greatest parts was just hanging out in our small backyard.

As I was playing with the boys in the back I noticed a very large grasshopper on our fence and I pointed it out to the boys. I tried to capture it, having flashbacks of chasing grasshoppers in the summer as a child.

I called TJ outside and showed him and we found even another one just as big. He quickly captured it cupping his hands around it he should it to Zane. Zarek is so little I didn’t even think he thought more of it than it being one of the many new things of the day.

I went back inside as the boys played and as I glanced outside I saw Zarek running to the door with his hand cupped and all I could think was, “Oh no he found dog poop!”

As I ran out to him he flung his hands open to have some green squiggly thing come flying out. I quickly investigated thinking how impressive it would have been if he had caught a grasshopper. But it was just a green weed that looked a lot like a grasshopper.

I had to laugh at his sweetness. He wanted to catch a grasshopper just like daddy and he was so proud and joyful over his lil’ grasshopper he had caught. 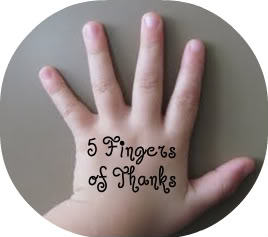