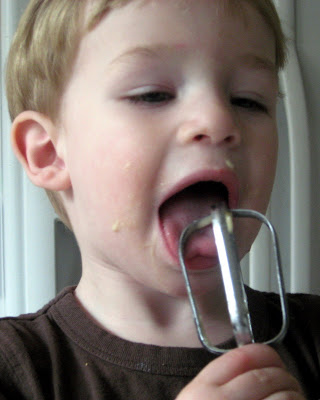 You can kind of see it here, but only if you are looking for it. Zane has never been able to stick his tongue out. In this photo you can see he cannot lick the beater very well. He had a tongue tie. The tip of his tongue would not go past his teeth. See the telltale heart shape?

My mother had a tongue tie and it was never taken care of until she was 11. It effected her speech, eating and more.

Zarek also had his tongue tied and had his cut at the doctor’s office 3 days after he was born. We actually left the hospital a little early so we could go and have it done, because it was effecting breastfeeding. It was a quick procedure faster than his circumcision and it did help the breastfeeding.

When I saw that he could already tell he was different when he saw his brother stick out his tongue I knew I wanted it taken care of.

I wish it had been caught earlier because unlike Zarek’s procedure this was much more of an ordeal. He had to be taken into surgery to have it done, because he had to be put under for it. (Imagine scissors, tongue and a two year old the outcome probably would not be good if he was awake.)

After it was done he was fine besides not liking to come out of the anesthetic. He could already stick out his tongue at us. We have seen an improvement in his t sounds and it was fun to see him able to roll food around in his mouth. And of course we got him an ice cream cone so he could lick it!

What is a tongue tie? What are the effects? Want more information. Here is an interesting site I found that goes into more depth about the tongue tie: TongueTie.Net. Or see what WebMD says about it. 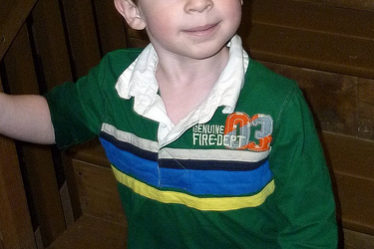