What’s in a name…

I was going to do a post on a muffin recipe today. A muffin recipe I was making up myself. I am not ready for recipe creations yet I guess. I completely failed at making Marshmallow Muffins and to top that off I’m hoping I didn’t ruin my muffin pan. Yeah it was that bad. So instead of a fun new recipe you get a meme. Sigh.

1. Do you have any cultural or religious naming traditions?

No, the only thing that I really wanted was unique names for the boys. I didn’t want them to have a name that was so common that there would be three other boys in their classrooms with the same name. When you have a unique name like my own then you don’t name your children Jack and John.

2. Did you or your partner come to the marriage with pre-selected names?

Not really. We had somewhat discussed using TJ’s father’s name as a middle name, but beyond that we didn’t have any names.

3. Did you consider the sound of the first and middle and last names together? Did this make any sad eliminations?

Yes, I liked a lot of names that ended with -sen and -son but because our last name ends with -son they rhymed. I’m very particular about how the names sounded together. And rhyming is just weird. I was also very particular about nicknames. I wanted to try and think of nicknames for the names we came up with because TJ’s family has a strange habit of nicknaming the kids.

4. Did you have veto powers?

Yes and so did he.

5. Did the baby naming cause arguments?

No real arguments but we had real troubles coming up with a name that we both liked. We would just keep eliminating names the other liked.

6. Do you think it is easier to name boys or girls?

It is way easier to name girls than boys.  We had a girls name right away before we found out Zane was a boy and still liked it for Zarek if he had been a girl.

Plus right now boy names are turning into girl names, like Rowan, Aidan, and so on.  We tried really hard to find names that were definitely masculine.  That was hard while trying to find unique names, but I think we did it.

7. Did you eliminate names because of people from your past or present who you don’t like or because a certain image comes to mind.

I think there were a few names that we eliminated because one of us knew of someone with that name and it brought up negative thoughts. My husband was really good at pointing out fictional characters with the same name. And usually it wasn’t a positive character reference. 😛 And one of our sons does have a name of a bad guy of a show that we watched but we liked the name before we realized the reference. LOL

8. Did you / would you survey your children to get their thoughts on the name?

At one point I did play with Zane to see if he could say the names that we were leaning towards for Zarek. But he was still pretty young and had no idea what we were talking about.

9. Did you tell people the name or possible names before the baby was born or were they “in the vault”?

We told people some of our ideas. Zane we didn’t decide until a week before he was born, which he was two weeks late. 🙂 But we were having so many troubles agreeing with a name for Zarek that we didn’t pick one out until we were at the hospital. I was really set on a name when we got there but when I saw him we both agreed it didn’t fit.

Yes, somewhat. I have one book that I bought a long time ago when I used to write fiction. I used online websites the most though it’s so much easier to search names on a site then in a book.

Drumroll Please…What did you name your kids?

I tag – you! If you’re reading this, consider yourself tagged. I love learning about names and how people came up with their child’s names.

I really have to tag Mozi Esme though. I would love to learn how her mommy came up with her name. She has her own little blog and she is the little girl who inspired us to do our ABC lessons. She is only a few days different in age than Zane and she lives in Oregon also! 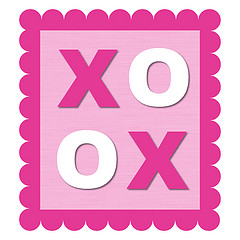 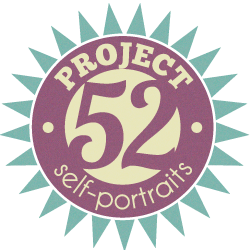